Netflix is offering a Representation Matters Collection that highlights work featuring and created by people of color. One way Netflix is showing support is having well-developed characters of color and other minorities represented across all genres of original series and movies. 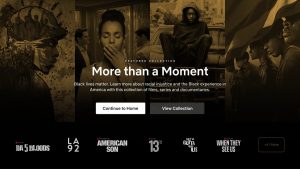 Having the privilege of seeing someone who looks like you on TV in a positive way is a luxury not everyone has.  This can be especially grating on younger minds who are already trying to figure out who they are with personal bias and negative thoughts. But Netflix has done a great job of offering selections where the main characters look like you.

They have not wavered from their stance on diversity when it comes to animation. They have made beautiful animated series with strong, brilliant, in-depth animated characters of color. To help spread representation awareness, we have created a list of 5 Animated Netflix Original Series Where Representation Matters:

A 12 year old girl named Kipo Oak gets separated from her underground burrow where humans live during a post-apocalyptic time. She has to navigate the surface where mutant animals rule and humans are not exactly liked anymore. Kipo meets a crew of diverse friends that help her find out more about her family and, most importantly, more about herself. 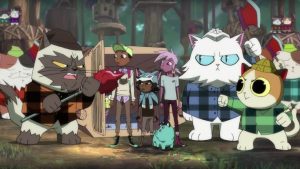 The two main humans in the crew are black, Wolf is voiced by Sydney Mikayla; Benson is voiced by Coy Steward, & 1 of the supporting characters is voiced by Deon Cole-Dave…the best bug mutant of all time. 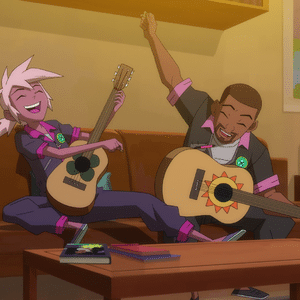 In addition to the diverse cast, this series includes the LGBTQ+ community too!

No surprise that The Dragon Prince has a well represented character base as some of the writing staff worked on one of the greatest animated franchises of all time-Avatar: The Last Airbender  & The Legend of Korra (Now, both are on Netflix! You should also watch these too, but we’ll save that for another post).

The story follows a teenage boy named Callum-voiced by Jack De Sena. More commonly known as Sokka of the Water Tribe-who is the “step-prince” for the kingdom of Katolis in the feuding human realm. Their nations are in constant war with the neighboring lands of Xadia who possess magic. 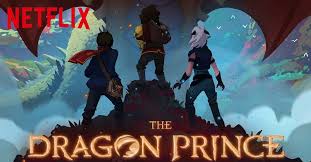 Callum’s young royal brother, Prince Ezran, son of the biracial couple of King Harrow & Callum’s mother Queen Sarai, discovers a secret in a hidden chamber in the castle during a Moon Elf attack that would change everything! They throw differences aside to team up with the new daring Moon Elf friend, Rayla, to stop the war and bring peace to the world. 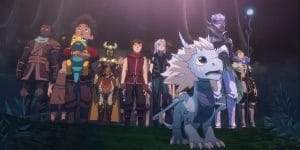 Another minority that is extremely well represented in this animated series would be the Deaf community.  Callum & Ezran’s Aunt, tough as nails General Amaya, is Deaf. She is a fierce warrior and uses Sign Language to communicate throughout the show with no oral communication. Her Lieutenant serves as her interpreter but her military & family still communicate with her as well.

This show covers a multitude of social topics. Specifically for this post, The Dragon Prince shows us what we can do if we leave the differences our forefathers created of race, ability, age, wealth, power, skill sets (Here’s to you, Jelly Tart Guy!), and more at the door to work together in order to help the world become a better place.

She-Ra, Princess of Power, leads a rebellion to free her land of Etheria from the monstrous invaders the Horde. -IMDB

She-Ra and The Princess of Power is a fun animated re-imagining of the beloved classic. This show focuses on how one needs to understand themselves to unlock their most hidden of potential. And to do that, they must work together by using the power of friendship to help citizens of Etheria become more open to fighting back against the evil Horde.

She-Ra offers a diverse cast of characters, strong women with authority, and an even stronger love for the LGTBQ+ community. 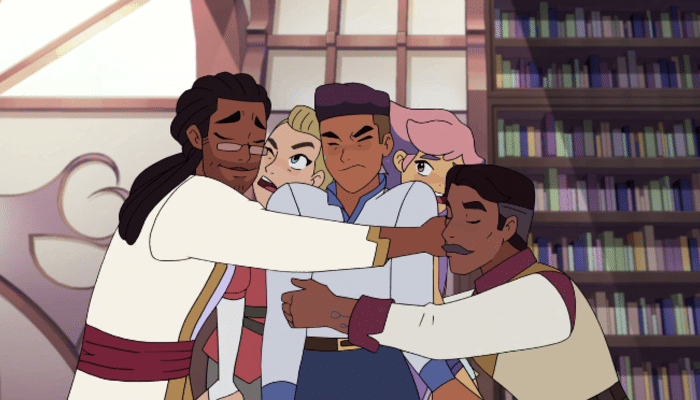 Voltron: Legendary Defender was one of the first Netflix Original Animated Series to really push the equality envelope. This series was the next major project for the writing staff and animation studio after Avatar: The Legend of Korra production wrapped up. 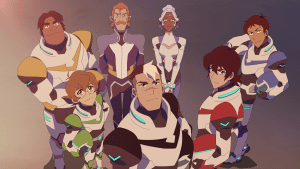 Five teenagers become the last line of defense for the galaxy in an intergalactic battle against the evil alien force led by King Zarkon.-IMDB

This Netflix Original is a great homage to the original series of Voltron, but kicks up the animation and diversity with characters of color and LGTBQ+ representation as well!

PLEASE NOTE: This animated series is rated MA for Mature!

Cartoons aren’t just for kids. Adult animation needs to be well represented too! Relating to a character in a show you enjoy is not limited to children – teens and grown ups need inclusion as well!

Explore the fantastic land of Gearbolt as we follow a motley crew of travelers on an unforgettable journey to reunite 2 best friends. S.A.M. is a high-end, friendship robot determined to reunite with her best friend (Prince) Kelby, the missing heir to her Kingdom under siege. Casey Turnbuckle is an out-dated, spunky grease-monkey repair robot, looking for an upgrade. Philly the Kid is a wanted, immortal fugitive just looking for a chance to shake them. Along for the ride is the greatest swordsman never known and an oversized Cadillac Eldorado that transforms into a sentient, giant robot. On their own, they’re a lost cause. Together, they’re the hippest group of travelers in action-fantasy.

Philly the Kid, S.A.M., and the whole Botican royal line are characters of color. We are even introduced to a character with vitiligo. In addition to it’s inclusive cast of characters and fun take on futuristic technology mixed with magic, it has great opening & closing credit songs & animation!