The Champaign Park District is currently in the midst of some really exciting projects! With over 700 acres consisting of 62 parks, 12 facilities, and more, there is always something fun happening. See below for information and project updates!

● Heritage Park is undergoing shoreline restoration. The lake has been drained to allow this important work to take place. Restoration completion is estimated for spring 2020 at which time the lake will begin naturally refilling ahead of the warmer months. The Champaign Park District is also installing a new path around the lake that will connect with the Greenbelt Bikeway. 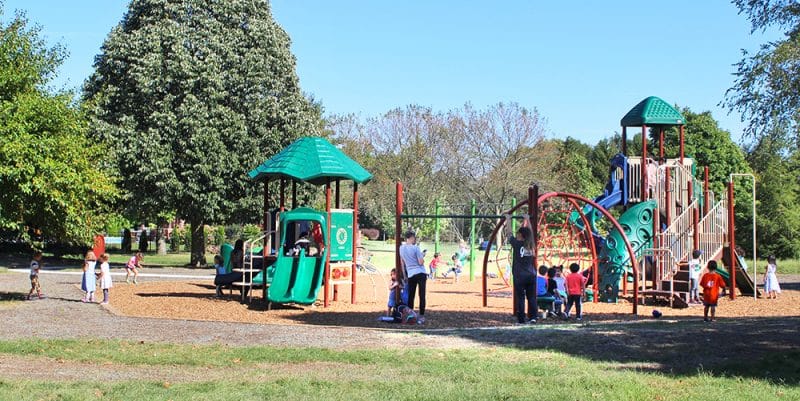 ● Noel Park has just debuted a new playground with slides, climbing structure, and more including a new, expanded sandbox. The loop trail has also been completed! Be sure to check it out!

● The existing playground at Morrissey Park is being replaced with a new structure to include swings, a small play area for ages 2-5, a larger play area for older children, a spinner, sandbox, and shade structures. Expect to see the new playground up and running by the end of fall 2019. Morrissey Park’s tennis court is also undergoing a resurfacing and is projected to be playable by spring 2020.

● Two new parks have debuted in the summer of 2019! Take a moment to visit both Commissioners Park (902 Glen Abbey Dr.) and Henry Michael Park (3802 Freedom Blvd.). Both have been developed to include a playground and half-court basketball. Commissioners Park also includes a shelter and path. 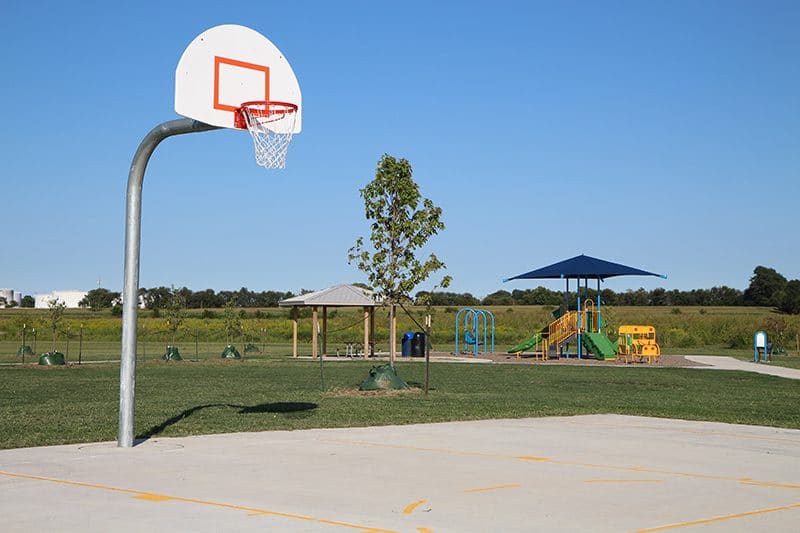 ● Carle Foundation Hospital and Champaign Park District have partnered on a new trail just south of Zahnd Park. The trail surrounds a grassy area north of Carle at The Fields and is approximately 2.25 miles long. Fall development plans include benches, trash receptacles, pet waste stations, and more to increase the user experience on the trail.

● Zahnd Park has a newly expanded path system! This ADA loop path will eventually connect to the new Carle at the Fields Trail.

● Toalson Park will be looking a bit less lumpy very soon! The dirt hill is being removed and a connecting sidewalk to the south will be built.

● The Douglass Annex has new vinyl flooring. Up to four layers were removed to give the facility a facelift! 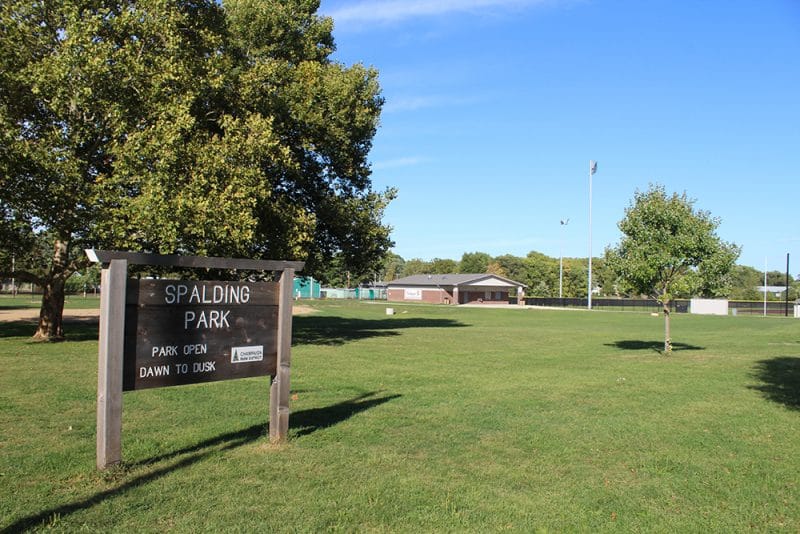 ● The Unit 4 improvements at Spalding Park have been completed, including a baseball game field, a baseball practice field, batting cages, and a locker room facility. The District recently applied for a grant for additional park improvements such as a pathway system, pedestrian lighting, a new playground, and a picnic shelter.

● Progress at Human Kinetics Park continues as Champaign Park District was recently awarded an OSLAD Grant for $400,000 for improvements totaling $800,000. Design work for the park and the upcoming Martens Center is set to begin this fall with construction to begin in 2020.

●For decades the Champaign Park District has been growing by leaps and bounds. New parks, trails, and facilities have been added throughout the community. With growing services comes the need to expand the “behind the scenes” areas that take care of these areas. The Operations Facility on John Street is undergoing a much needed expansion that includes a new vehicle and equipment shop, vehicle storage, and a large parking area that will improve operations at your parks and facilities. 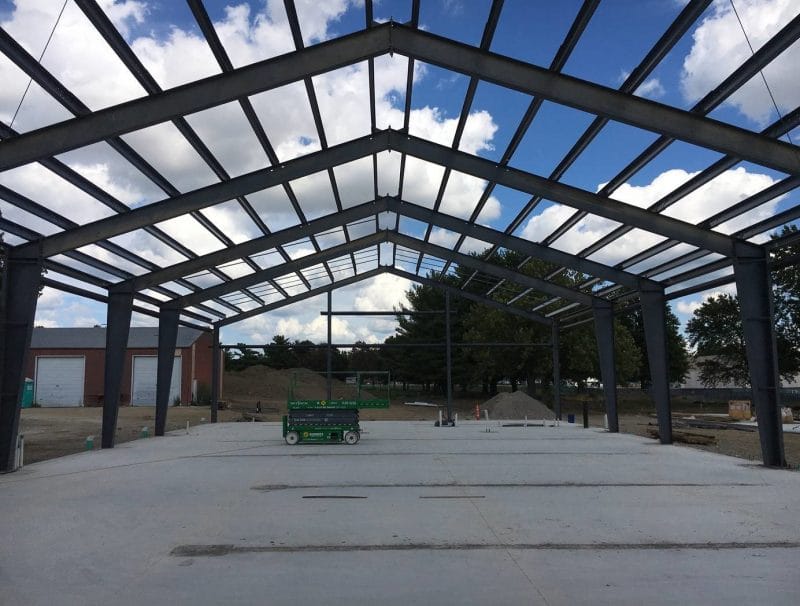 ●When visiting the Virginia Theatre, you may not notice the latest renovations that are taking place. Improvements to the roof and brick areas are underway to help protect the historic beauty within the theatre. Virginia Theatre will remain open throughout the project allowing the community to enjoy live music, theater productions, and more.

●Dodds Tennis Center received an LED lighting upgrade! Lighting improvements are also coming this fall to the Lindsay Tennis Center courts at Centennial Park. Thanks to incentives from Ameren, Champaign Park District is able to change the old metal halide lamps out to LED lights, which produce brighter, cleaner and more pinpointed light to the courts. As an added bonus, the update could provide up to 60% energy savings.