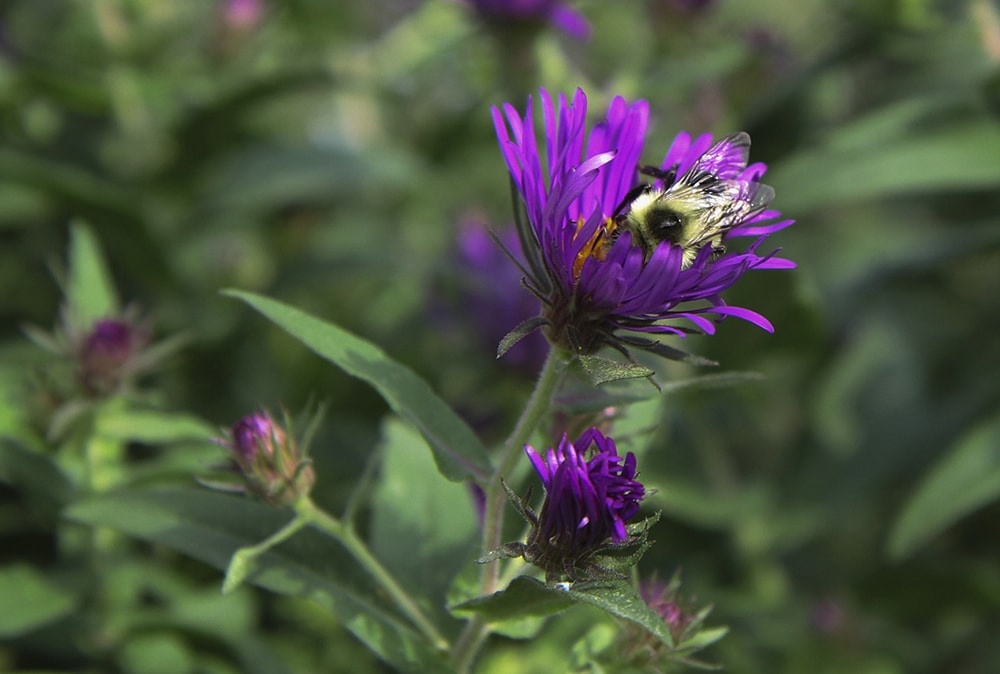 Lindsay New American Gardens features ornamental grass groupings and specimens mixed with perennial flowers on a large scale. This concept results in an informal, flowing style with year round interest as the garden changes with the seasons.